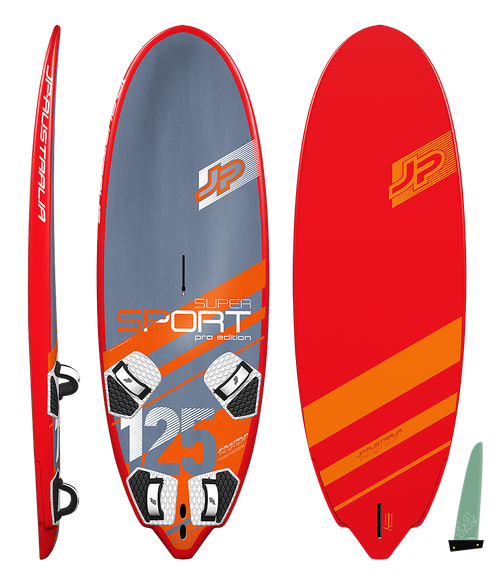 The fastest of JP’s freeride boards. Powerful and seriously fast, these boards make you fly over the water. They are aimed at sporty, advanced riders who have the ability to unleash their full potential of acceleration and speed. These freeriders will also enjoy the racy carving gybe talent of the boards. The fastest Super Sport boards ever will blow your mind and your friends off the water. Based on a slalom design concept they are tuned to suit the demand and physical strength of performance oriented recreational windsurfers. They deliver explosive acceleration and electrifying speed like World Cup Slalom boards but are easier to get going and are more comfortable to ride.

British WINDSURF Mag thinks that they are “super efficient” and “electric off the wind” and provides “plenty of traction and confidence to really control the flight”. French PLANCHEMAG found a huge performance potential for an experienced rider and the German SURF thinks that it’s a speed machine designed for full-speed sailing which remains in control on all tracks at top speed and shoots faster through the turns than any other board.

They are short and wide, with parallel outlines and big planing surfaces to lift the boards up onto the plane instantly. The centred volume increases top end control. Additionally, the concave deck around the mast base lowers the rig which also improves control.

The super loose ride and higher water position is based on the bottom shape – a combination of flat sections, concaves and various V flows produces additional lift right under the straps. Therefore they feel very light under foot flying over chop and offering a great sailing sensation!
The cut-outs create two outlines for the board. The wide one in the deck gives you a very powerful stance and you can push your board to maximum speed. The narrow one in the bottom reduces the tail lift resulting in a much smoother ride and better control. The cutouts also create thin rails which makes it easier to rail up the board at high speeds and carve through the gybe.
They come with a very comfortable deck shape. The high standing position offers good leverage, creating loads of fin pressure for instant acceleration and top end performance. For the advanced rider the outboard footstraps are further back while the intermediate rider will prefer the more forward, inboard position for easier strap access.
Perfectly suited for Hydro Foiling: These “street racers” feature the specially reinforced Medium Tuttle Boxes and are approved for foils with Deep Tuttle base. Compared to dedicated race designs, the slightly higher volume and the marginally bigger fin help the Super Sports to get going easier and with less sail power. They are also more forgiving and thus will also get you through the gybe with more speed. So, their Slalom-like performance comes in a user-friendly package. That’s Super Sport!

SUPER SPORT Powerful and seriously fast, these boards make you fly over the water. They are aimed at sporty, advanced riders who have the ability to unleash the full potential of their acceleration and speed. These riders will also enjoy the racy carving jibe talent of the boards. Riders: Pascal Toselli, FRA-916, Mateus Isaac, BRA-767 and Sebastian Kornum DEN-24 More details: http://jp-australia.com/2019/products/boards/2019-super-sport/

This product hasn't received any reviews yet. Be the first to review this product! 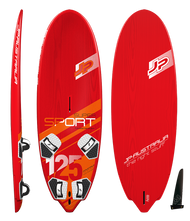 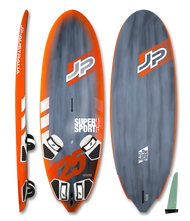 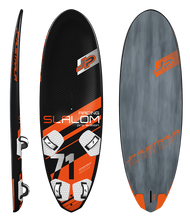 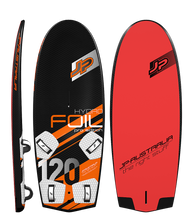 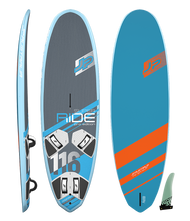